Who is Annamarie Tendler?

Annamarie Tendler was born on 9 June 1985, in Connecticut, USA, and is a writer as well as a make-up artist, but better known for being the wife of stand-up comedian John Mulaney. However, she owns her own blog entitled “The Daily Face”, and has also authored books including “Pin It!: 20 Fabulous Bobby Pin Hairstyles”.

The Net Worth of Annamarie Tendler

How rich is Annamarie Tendler? As of late-2018, sources estimate a net worth that isclose to $1 million, earned through success in business, make-up, and writing. Her wealth has also been significantly elevated by the success of her husband, who has a net worth estimated at $3 million. As she continues her endeavors, it is expected that her wealth will also continue to increase.

Very little information is known about Annamarie’s past, regarding her childhood and family, except that at a young age, she developed a strong interest in fashion and beauty. After matriculating from high school, she studied at Vidal Sassoon and the Make-up Designory which is a school known internationally for their courses on make-up; it’s called the Harvard of Make-up Schools, or MUD. She then furthered her studies by enrolling at the Parsons School of Design, an art design college regarded as one of the most prestigious of its type in the world. She studied photography at Parsons, and then enrolled at The New School located in Manhattan, New York City, completing a degree in writing and psychology. After graduating, she focused on a career as a hairstylist and make-up artist based in New York City. She worked without much attention for the next few years, until in 2007, she decided to expand her efforts by creating a blog called “The Daily Face” on the social networking website Tumblr.

Transition to Entertainment and Business

Tendler’s blog “The Daily Face” started to gain a lot of attention, and her increasing online popularity led to other opportunities, including a stint with the show “MTV Style”, appearing in various styling segments. She also did a lot of styling tutorials, which would be featured in magazines such as “Glamour”, catered to women, and “HelloGiggles” which is advertised as an entertainment magazine. Her increasing wealth also led her to expand her business.

She established “Silk Parlor”, which is focused on creating hand-crafted Victorian style lampshades. Aside from her public appearances and on-screen work, she also does a lot of work behind the scenes, having been hired to work on the hair and make-up of various television series. She’s also collaborated with her husband Mulaney in various comedy specials – one notable project was “The Old Man and the Seymour”, a short film released in 2009. She also worked on “John Mulaney: New in Town”, and “Aziz Ansari: Dangerously Delicious”.

Aside from his work in stand-up, John also has acting, writing, and producing credentials. He initially found popularity as a writer for the late night comedy sketch show “Saturday Night Live” (SNL), while also working on his OWN stand-up routine. Some of his well-known specials include “New in Town”, “The Comeback Kid”, “Kid Gorgeous”, and “the Top Part”. For his work in “Kid Gorgeous”, in 2018 he won a Primetime Emmy Award for Outstanding Writing for a Variety Special”.

He also tried his hand at creating a show called “Mulaney”, which aired on Fox but was short lived; the show was a semi-autobiographical look into his life which included fictional elements to help keep things entertaining. He frequently collaborates with fellow comedian Nick Kroll in a comedic duo, performing as a character called George St. Geegland. The two were most recently seen in a comedy act entitled “The Oh, Hello Show”, in which the two play an elderly duo wearing turtlenecks, and are filled with misinformed beliefs. A few of his latest projects include hosting work on SNL, and the animated series “Animals” in which he voiced the character Mackerel for an episode.

For her personal life, it is known that Annamarie married John in 2014, with their friend actor Dan Levy officiating the wedding ceremony, held in Boiceville, New York State at the Onteora Mountain House. According to reports, John struggled with an alcohol problem in the past, and as a result has become a teetotaler. In 2017, she tweeted that actor Ben Affleck grabbed her ass during the 2014 Golden Globes party, and that she was still waiting for an apology.

Similar to numerous popular actresses, Annemarie is highly active online through accounts on social media, including on Instagram, promoting some of her designs and artwork. She also posts personal photos and some with her husband. Her blog also continues to live on, no longer based on Tumblr but has its own website which also promotes some of the books she’s written. Her husband is also similarly active on social media such as on Twitter and Facebook, which has become common for many stand-up comedians in recent times. 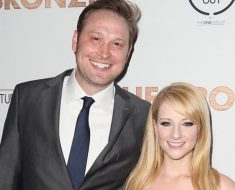 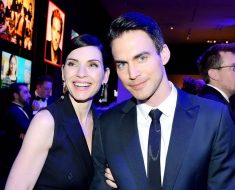 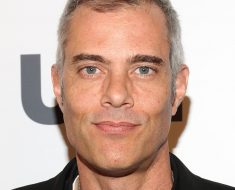 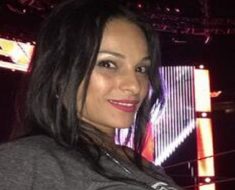 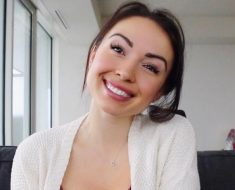