Who is Bill Burr?

Bill Burr is a renowned American comedian as well as an actor, who has run four special stand-up comedy shows on Netflix. The first one “Let It Go” premiered in 2010, followed in 2012 by the second “You Are All The Same”, the third one “I’m Sorry You Feel That Way” in 2014, and the last “Walk Your Way Out”in 2017. There are other shows that Bill has starred in, including “New Girl”, “Chappelle’s Show”, and “Breaking Bad”.  In 2016 he did a voice-over feature in an episode of the television show “The Simpsons”. Recently, Bill Burr co-created “F Is for Family”, an animated comedy show that airs on Netflix, and is the voice behind the Frank Murphy character. The show’s plot is based on his life.

William Frederic Burr and comes from a mixed German, Irish and French ethnicity, and he is a Gemini, as he was born in Canton, Massachusetts on 10 June 1968, to Robert Edmund who worked as a dentist and Linda Ann, a nurse; at one time Burr worked as a dental hygienist for his dad. Bill matriculated from high school in 1978 before joining the Emerson College in Boston, studying for a BA in radio, and graduating in 1993. Even before graduating, he started his career as a comedian, having already worked in a warehouses to support himself.

Bill moved to New York in 1995 to pursue his career, however, he didn’t have immediate success, and it was only in the late 2000s that his career began to pick-up. He started his podcast in 2007, and subsequently appeared in many of them.

Burr’s first one hour special was run in 2008, and entitled “Why Do I Do This?” held in New York. He also had his voice featured in “Grand Theft Auto IV” in 2008. He then played Jason Michaels who is a biker with the “Lost MC” gang in the “No Love Lost” mission, and in the following year repeated his role in “The Lost and Damned”. His fourth special was shot in 2014 in black and white, and meantime he has been recording podcasts on a weekly basis since 2007, called “Bill Burr’s Monday Morning Podcast”, which last for an hour, and which he uses to talk about his past, present events, sports, and taking tours. Burr also offers advice, answering questions that his listeners send. His listeners can find the podcasts on his official website as well as the “All Things Comedy” network. Sometimes, his wife Nia joins him on the podcasts, and they have also featured various guests, as well as interviewing fellow comedians.

Bill is frequently featured on radio shows and fellow comedians’ podcasts too, including “The Adam Carolla Show”, “WTF with Marc Maron”, “You Made It Weird with Pete Holmes”, “The Joe Rogan Experience”, “Nobody Likes Onions”, and “The Nerdist Podcast”. In 2011, Burr got a chance to guest host the “Hollywood Babble-On” podcast with Ralph Garman.

Bill starred in the “Date Night” movie, in which he played the detective, Walsh. He was also in the “Breaking Bad” series’ fourth and fifth seasons, in the role of Patrick Kuby, and played Mark Mullins in the 2013 film “The Heat”.

Bill has often been given the name ‘comedian’s comedian’ on the stand-up comedy circuit. This means that other professional comedians get inspiration from his work, and they appreciate it very much.

Bill and Nia Renee have been married since 2013, having been longtime girl- and boy-friend before they decided to settle down. The couple has been a topic of discussion due to their differences in everything, including their skin color. Nia was born on 2 June 1969, making her 49 years old this year. She is an actress who has also worked in Hollywood for years.

The couple met when Nia was working on a comedy show, and were immediately attracted to each other, began dating and then moved in together. Later, they both moved to Los Angeles which is their current home. In 2014, Nia appeared on the list of The Richest under “The 10 Hottest Wives and Girlfriends of Comedians”. She has been frequenting her husband’s podcasts since they started airing in 2007. Nia is also a blogger who writes on interracial relationships. She is a regular contributor to the Xojane website, which focuses on community and women’s lifestyle. Since she is in an interracial marriage, she is well versed at giving advice to other people in similar relationships.

The couple welcomed their first child, a daughter on 20 January 2017, who they named Lola Burr. A couple of days after Bill became a father, he appeared on the Jimmy Fallon show where he talked about fatherhood. He jokingly said how he was not ready to be a father and explained how he almost fled when his wife went into labor. However, he seems to be doing his job as a father well enough, since the couple is still together raising their daughter.

In 2013 Nia appeared as Debbie in the film “Divorce: A Love Story”, and the same year starred as herself in the movie “Sarah Silverman: Diva”. She also played various parts in short movies including “Carpool” and “Did You look for Work This Week?”, and featured as Leslie in the “Santa Clara Diet” show aired on Netflix in 2017, working alongside Timothy Olyphant and Drew Barrymore. Other films she has appeared in include “Lila, Long Distance” as Tasha Smyth, and had her voice used in an episode of the “F is for Family” series. She was also a casting assistant and behind-the-camera person in “The Education of Max Bickford” television series.

As a stand-up comedian and actor, Bill Burr has managed to accumulate a modest fortune – Reputable sources estimate Bill Burr’s net worth at around $6 million. 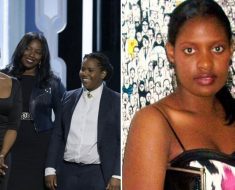 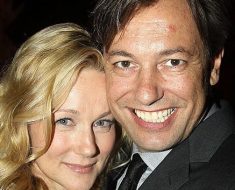 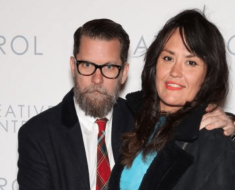 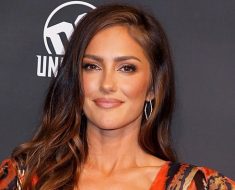 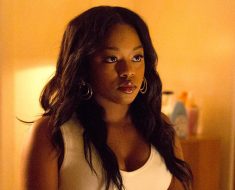 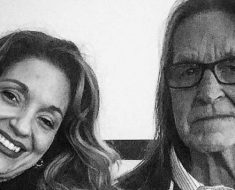