Who is Connor Paolo?

Connor Paolo – originally Pahlow of German in origin – was born on 11 July 1990, in New York City, USA, and is an actor, best known for being a part of the CW series “Gossip Girl” in which he played the role of Eric van der Woodsen.

The Riches of Connor Paolo

How rich is Connor Paolo? As of mid-2018, sources estimate a net worth that is over $3 million, earned through a successful career in acting. He was noted for his performance as Declan Porter in the ABC series “Revenge” and as he continues his career, it is expected that his wealth will also continue to increase.

Connor is of Jewish descent, and he grew up in New York City, with his mother who was a classical pianist and a vocal coach, while his father worked as a screenwriter. So he was exposed to the entertainment industry at a young age, and developed a desire to pursue acting as a career. In 2006, he attended the Professional Performing Arts School in a class consisting of future professional actors such as Sarah Hyland and Taylor Momsen. Afterwards, he took acting classes at the Lee Strasberg Theatre Film Institute, and also enrolled in the Summer Arts Camp of the Appel Farm Arts and Music Center in New Jersey several times. In 2008, he also spent a semester at New York University. One of his first acting roles came in an episode of “Law & Order: Special Victims Unit” in which he portrayed a preteen murderer-rapist. Soon after, he made his film debut in the Clint Eastwood film “Mystic River”, a critically acclaimed film which was nominated for an Oscar, and had him playing the role of young Sean Devine, with the older being portrayed by Kevin Bacon.

In 2004, Paolo was given a recurring role in “One Life to Live”, and then returned to “Law & Order: Special Victims Unit” to portray a disturbed teenager in an episode based on the real case of Justin Berry. Berry at the age of 13, operating a pornographic website featuring himself and other teen males, a story which eventually broke, leading to the prosecution of numerous others involved. Other projects Paolo had afterwards include “World Trade Center”, which is his first of a couple of Oliver Stone films.

After being cast in his first leading role in “Favorite Son”, he had consistent work through commercials and theatre.  He appeared in a Broadway production of “The Full Monty”, and also worked on two Shakespeare productions, “Richard III” as well as “A Midsummer Night’s Dream”. In 2007, he had one of his most notable roles in the series “Gossip Girl”, based on the book series of the same name which follows the lives of upper-class adolescents living in Manhattan’s Upper East Side, as the younger brother of Serena van der Woodsen played by Blake Lively – his last appearance on the show was during its sixth season.

In 2010, Connor starred in the film “Stake Land” which is a vampire apocalypse film; the story revolves around a young man taken under the wing of a vampire hunter. The following year, he had another notable role in the series “Revenge” which at first coincided with the schedule of “Gossip Girl”, so he announced tha, he would no longer appear in “Gossip Girl” to focus on “Revenge”. The plot is inspired by the Alexandre Dumas novel “The Count of Monte Cristo” – he stayed with the show for two seasons until his character was written off in the second season finale, after which he returned for a brief appearance in the series finale of “Gossip Girl”.

Some of his recent projects include films such as “Friend Request”, and reprising his role in “Stake Land II: The Stakelander”. He also made several guest appearances in various television shows such as “Rush Hour”, which is based on the film of the same name, and was also a guest in “The Brave” and “Philip K. Dick’s Electric Dreams”.

For his personal life, it is known that Paolo was in a relationship with actress Alice Kremelberg for two years; Alice is known for her appearance in popular shows such as “Orange is the New Black” and “30 Rock”. He also briefly dated Addison Timlin and Adelaide Kane. He is now in a relationship with actress Grace Van Dien, the daughter of producer and actor Casper Van Dien. Grace found a lot of popularity in the Netflix television series entitled “Greenhouse Academy”, which is based on the Israeli television series called “The Greenhouse”.

Aside from his relationships, Paolo mentioned that he enjoys classic rock, hip-hop, and punk music. 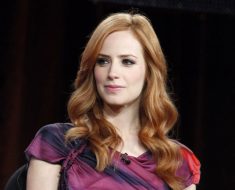