Who is Daniel Sunjata?

Daniel Sunjata is an American film, theater and television actor, who is probably best known for his “Rescue Me” television series role, in which he played Franco Rivera.

He was born Daniel Sunjata Condon on 30 December 1971 so under the Capricorn Zodiac, in Chicago, Illinois, USA. He joined the all-boys Mount Carmel High School, a Catholic school in Chicago, where he was active in football and played as a linebacker for two different state championship football teams. After he matriculated from high school, Sunjata joined A&M University in Florida, and then Lafayette University of Louisiana to pursue his undergraduate studies. After graduating with his first degree, he joined the NYU Tisch School of Arts for a master’s degree, and graduated with a fine arts degree from the Graduate Acting Program. With this degree, he was ready to embark on a career in acting.

Daniel was adopted by Bill Condon, a police dispatcher and Catherine Condon, a civil rights worker, who are of Italian, Irish, and German descent. His adoptive parents named Daniel after Sundiata Keita, an African King and also the founder of the Mali Empire – Sunjata’s name means ‘hungry lion’. Regarding his biological parents, he was told that his mother was a white teenager who eloped from home with his birth father was black, which means that Daniel is an American by nationality and belongs to a multiracial and mixed ethnicity.

Daniel began his acting career in 1998 in the theater, where he played Valentine in “Twelfth Night”, with his outstanding performance winning the hearts fans which earned him a slot to star in the movie “Twelfth Night, or What You Will” – his film debut was in 2002 when he appeared in “Bad Company” starring as Officer Carew. In 2000, he was cast in the television drama “D.C.” before guest-starring in 2002 in “Law & Order: Special Victims Unit”. That same year, Daniel’s voice was used for the character of James Randall/Nick Landers in the video game series “TOCA Race Driver”. Soon afterwards, Daniel was cast as Darren Lemming in the play “Take Me Out”. In 2004, he appeared in a number of movies including “Brother to Brother”, “Melinda and Melinda”, and “Noel”, while in the same year, he was selected for the role of Franco Rivera in “Rescue Me”, a comedy-drama series, which saw him rise to stardom. His next big role came in 2007 when he appeared in “The Devil Wears Prada” series as a fashion designer, and he also played Reggie Jackson in “The Bronx is Burning”.

In 2012, Daniel appeared in the much-anticipated film “The Dark Knight Rises”, playing a Special Forces Operative. He also appeared on the theater stage in “Take Me Out”, a Broadway play in which he was a gay Major League Baseball player, who made the decision to come out to the public, and for which role Daniel won a Theater World Award, and was nominated for two others, a Tony Award and a Drama Desk Awards. After his big break with “Rescue Me”, Sunjata was cast in “Graceland” as Paul Briggs, which ran for three seasons before being canceled. Other films and TV shows that he’s appeared in include “Grey’s Anatomy”, “The Front”, “At Risk”, “Smash”, “Notorious”, “One for the Money”, “The Country House”, and “Gone”, among many others, over 50 all together.

Here are some interesting facts about Sunjata. He appeared in a student play while in Florida A&M during his sophomore year; this persuaded Daniel to change his major, moving from business to fine arts. He started building a name on stage in the 1990s when he appeared in “Twelfth Night” alongside Helen Hunt, and also on television especially playing a sailor who was trying to woo Sarah Jessica Parker in an episode of “Sex and the City” in 2002.

Daniel won a “Theater World Award” in 2003, and his first Tony nomination for appearing in “Take Me Out” as a gay baseball player. That same year, Sunjata was named one of the 50 most gorgeous people of that year by People Magazine. Daniel is very supportive of the 9/11 Truth Movement – according to him, these attacks should be reinvestigated as he believes that they were an inside job.

Daniel is considered a hot actor which could be fueled by the shirtless photos he has plastered on his pages. There has been a controversy regarding his sexuality, as many of his fans wish to know about his sexual orientation, whether he is married, or has a girlfriend. Some of the many reasons why some people think he is gay include the fact that he has played many gay roles, including in “The Devil Wears Prada” and “Brother to Brother”. There is no record of him being married or having a girlfriend, or a boyfriend for that matter.

However, he has shared what he loves in a girlfriend in “She Knows” website. However, Daniel is yet to confirm these rumors and speculations. Daniel does not have any children either. As for now, it can be said that he is single and concentrating on his acting career.

Having appeared in so many plays and films, Daniel has managed to make a significant sum of money which enables him to live a lavish lifestyle. Although his annual income has not been disclosed, reputable sites estimate Daniel Sunjata’s net worth to be not less than $2 million, as of early 2019. 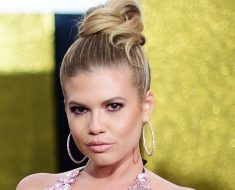 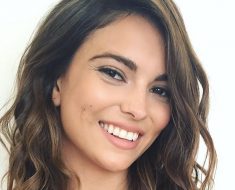 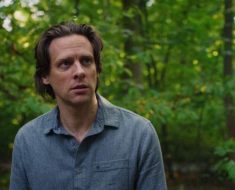