Who is Dannie Riel?

Dannie Riel was born on 16 June 1988, in Manitoba, Canada. She is a model, YouTube personality, and actress, best known for finding popularity through various social media websites. She has earned significant viewer counts on YouTube, and so has forayed into other business endeavors too.

The Net Worth of Dannie Riel

How rich is Dannie Riel? As of late-2018, sources inform us of a net worth that is over $2 million, earned largely through a successful career in modelling, and her popularity on YouTube and social media websites has also helped with a significant increase to her wealth, thanks to the exposure which has opened to her numerous opportunities. As she continues her career, it is expected that her wealth will also continue to increase.

Dannie grew up in Manitoba, and is of Chinese as well as French descent, describing herself as French Chinese. There is very little information known about her childhood, family or her education. It is known that she aspired to fame and a modelling career at a young age, becoming one of the first few models to find a professional career after becoming popular on social media. She initially found popularity on Instagram after her attractive features were noticed by many, leading to a significant increase in followers. She often posted photos of her wearing various outfits in a variety of locations, and also displayed numerous provocative videos and photos which attracted a lot of attention. Eventually, her profile would gain her more than a million followers, as she continued to upload on a regular basis. She then decided to expand her reach by creating several other accounts, with one on Facebook on which she posts similar content to that of her Instagram account, though mostly wholesome, and being seen on the site travelling to locations around the world. She also uses a Twitter account to promote most of her Instagram posts.

Riel also expanded her reach to the website YouTube, on which she posts mostly vlog content. She has mentioned in her social media profiles that the best way to find out more about who she is, is through the videos. She travels around the world as shown in her videos, and she’s also interested in parties as well as food. Her videos continue the theme of provocative content at times, and previews her work as a model, however, her videos are released only sporadically, likely because of her busy schedule. Her friends make appearances on her videos too, while she also releases a lot of party related content.

Her increased exposure online has led her to numerous modelling opportunities, beginning in Canada. After her first projects, she was invited to travel to other countries as well to do modelling work. One of the first companies that spotted her was SCD, followed by more reputed magazines and media outlets. She’s done lingerie photo shoots with BTS, and has also worked with Vossen as well as VPR Magazine. One of the reasons that she has a lot of followers and fans is because she puts out real content, and doesn’t have a façade like most internet stars.

With numerous opportunities coming her way, Dannie decided to try her hand at designing and creating her own brand of clothing, called Riel Brand Clothing, and launched her own online clothing store to go along with it. She mentioned in one of her videos that she is happy when she sees other people enjoying her designs. She also says that she loves adventure, and if given numerous options, prefers to do all of them if possible, for example, when asked whether she would stay at a beach or skydive, she answered that she wants to do both.

For her personal life, it is known that she was in a long term relationship with her financial advisor named Ken Nguyen, and there were even reports that they were getting engaged, but things eventually fell apart; they’ve stayed quiet as to the reason why, but reports suggest that it was mutual. Since then, she has been reported as single, but has been seen with various male friends on her videos, although not in a relationship. She mentions that she has a very deep interest in surfing and texting, having accounts on every possible major social media website.

According to various sources, she stands at 5ft 2ins (1.65m) and reputedly weighs 105lbs (47 kgs). Despite a height that is not usually the standard for professional models, she makes up for it with her physical looks. Her vital statistics are 34-24-33, and there are reports that she underwent plastic surgery, specifically breast implants to help with her figure. According to some of the companies she’s worked for, one of the reasons she is highly sought after is due to her sex appeal. Her shoe size is at 6.5.

Dannie has tried her hand at various endeavors, and has always been encouraged to do a variety of things throughout her career. She’s tried her hand at acting, in 2014 appearing in the film “Not Cool” as herself. She also loves to make playlists and music mixes, often sharing them with her fans. She has done tours as well, promoting her business as well as modelling, and using them as an opportunity to meet fans. 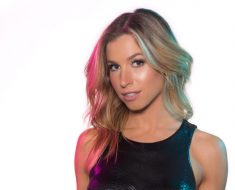 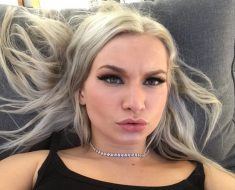 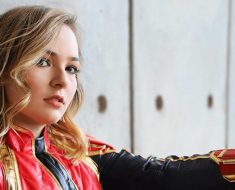 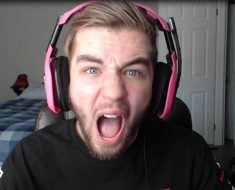 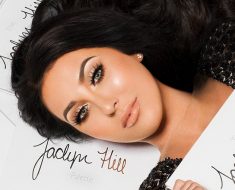