Even though sharp weapons and blades are not as commonly used nowadays as they were centuries ago, they are still revered by people who have a strong passion for such items. One of those people is known as Doug Marcaida; he has Filipino ethnicity, but grew-up in the USA, although the details of his early days are shrouded in mystery. Doug keeps a lot of things away from the spotlight, but we have managed to find out some facts about this TV personality. Therefore, our Doug Marcaida guide will give you in-depth knowledge about his skills, net worth, career, wife, and so on.

As it seems, the details about Doug’s childhood are kept away from the public, and we could not dig up any reliable information about his date of birth. However, we did manage to find out that he was born on American soil. Some sources claim that Doug’s father was a Filipino gunman, but this might just be a rumor. Either way, due to top secrecy – we do not have a lot of information about Doug’s childhood, parents, education, and early years of his life.

In June 2015, History Channel started what became a highly-popular reality TV series by the name ”Forged in Fire“, and this show made Doug famous across the US, as evidenced by the show currently running its fifth season, and it seems that audiences are still captivated by the adventures of blacksmiths and their judges. One of the judges is Doug, and he shares his vast knowledge of blades and cold weapons with all who watch the show.

”Forged in Fire“ is hosted by Wil Willis, and other judges are J. Neilson and David Baker. Doug is often seen demonstrating his tactical knowledge and fighting skills, and that is why he is an integral part of this TV series.

Did Doug appear in any other shows?

Just like the majority of successful TV projects in Hollywood, ”Forged in Fire“ spawned a spin-off, and this new show was called ”Forged in Fire: Cutting Deeper“. Once again, the competitive blacksmiths were tasked with a challenge of forging the best blade ever, with Doug being a judge, and acts as an expert consultant and mentor. His knowledge and experience in hand-to-hand combat is of great help to the novice blacksmiths and users of those various blades.

What are his other notable projects?

As you could notice, Doug is a highly versatile person, and he enjoys being a part of various projects. For instance, he runs ”Marcaida Kali“, which is a martial arts school located in New York and Romania, where he teaches his students the art of self-defense based on the ancient fighting styles originating in South East Asia. Above all else, Doug values the principle of  ‘protect, not harm’, and even though he and his students are wielding around large swords and other blades, they never try to hurt anyone!

Aside from that, Doug works as a consultant to the US military. Of course, his position of a contractor is connected with his expertise in weapons and blades, and apparently Doug is often referred to as ‘the encyclopedia of knives and swords’.

Doug as a designer

With all his expertise in ancient fighting tools and techniques, it comes as no surprise that Doug designs weapons and blades. As a matter of fact, he collaborates with FOX Knives Italy, as well as Bastinelli, and also designs knives for MAKO, Le Piquer, Contractor, and others. Needless to say, Doug’s design of melee weapons draws inspiration from South East Asia, i.e. Indonesia and Malaysia.  For example, Doug is highly proficient with a knife called the Karambit, and this double-edged curved blade is deadly in the hands of a skillful warrior. According to many sources – Doug Marcaida is one such individual!

What is Doug’s current net worth?

Bearing in mind the fact that Doug’s blades have appeared in highly successful movies such as ”Blade“, ”300“, and the ”Bourne“ series, it seems logical that Doug’s fortune is estimated at around $5 million as of late 2018. Since he owns properties in New York and Romania, it seems that Doug can afford a comfortable lifestyle. Furthermore, he frequently holds seminars and classes around the world, and thousands of his fans have been present at these events. On top of all that, his official website sells merchandise which includes T-shirts, sweatshirts and caps.

As already noted, Doug is highly secretive when it comes to his private life, and we have no information about him being married, however, there are a lot of rumors about him having a wife, especially as he has three sons, and he sometimes shares photos of them on his Instagram account, which is followed by 132,000 fans. Doug also frequently uses Twitter, and his YouTube channel has around 46,000 subscribers.

Nowadays, Doug resides in New York City, where he was recently forced to undergo surgery on his arm, an inconvenience which sidelined him for a couple of months. 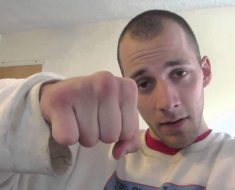 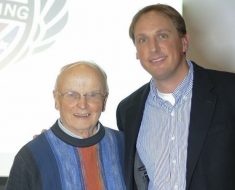 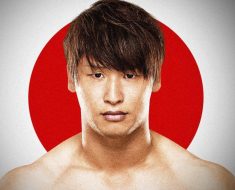