Nicole Tuck is a businesswoman, well-known for being a long-term girlfriend of DJ Khaled. She is an artist manager for her boyfriend, and that’s probably their secret of success – being life partners, they understand each other without speaking. There isn’t much information about Nicole’s past life but there is still much to discuss, so let’s dive deeper into the details.

Nicole Tuck was born on 7 December 1975, in New Rochelle, New York State USA, of African American and Palestinian descent, into a family with lots of relatives. She had a brother, Jonathan Tuck, who was shot in head on 4 February 2018. Officials said he tried to buy cannabis and was shot right in the apartment he had in The Bronx, New York City, at the age of just 25. Nicole also has got a sister, Freshie Tuck.

Elwood Tuck, Nicole’s father, is 83 years old, and a long-term respected member of Summit Security Services, Inc. (founded in 1976). His position there is a client service manager. In 2015, he was formally thanked by his company for his dedicated service. The news at the Summit Security Services site says that ‘Mr. Tuck has been responsible for the safety and security of New York’s renowned Fordham University. Working hand-in-hand with the University’s security department, and Summit’s New York City regional support team, he helps to manage daily operations throughout Fordham’s Rose Hill and Lincoln Center campuses, as well as 11 dormitories, six off-campus housing facilities, and at all campus special events and activities’.

In March 2015, the City School District of New Rochelle and New Rochelle African American History Monthly Committee presented Elwood Tuck with a Certificate of Recognition for being selected as a candidate in the US Presidential Scholars Program.

Nicole’s parents are still married, keeping their family close and strong. There’s not much information about Nicole’s mother, Pauline Vitale, present or previous occupations, though Nicole posted her mother’s photo on her Instagram account, congratulating her on Mother’s Day. Pauline Vitale has a Facebook page on which she’s very active, sharing hot political discussions, funny videos and showing her love for Italian food, culture and restaurants. Nicole seems to be very close to her mother, a couple of years ago they spent a vacation together, after Pauline occasionally mentioned she wanted to visit Amsterdam, so Nicole decided to make her mother’s wish come true, and took her to the Netherlands. They both posted several photos from that trip, and it looked like they enjoyed their European vacation.

Earlier she posted some old photos of her family celebrating some events, dancing and just being together. In those photos her family looks very large and very happy. Nicole also has a niece, Britton Beasley, and a nephew, Cyrus.

Nicole Tuck has a Bachelor’s Degree in fine arts, graduating from Marymount Manhattan College in 2003. Later she continued her education with a Master’s Degree in education from Fordham University in 2005.

Being a well-educated person, Nicole felt the desire to build her own business, and knew how to do it. She founded and started developing a clothing brand called “ABU Apparel” (ABU stands for “Always Be You”) in 2010. The brand was subsequently popularized by such celebrities as Akon, Ace Hood,  DeRay Mckesson and many others, mostly rap performers. In 2012 DJ Khaled became an ambassador of the brand, synergizing his own success with the success of ABU Apparel.

Though many think Nicole Tuck started dating DJ Khaled when he became the ambassador of her clothing brand, Nicole confessed that they had been a couple for more than a decade. When she participated in the event “Dear Mama” at VH1 channel in 2017, she joked that ‘she had been a mother for 14 years’. It’s worth saying that she supported DJ Khaled when he started his career as a musician.

DJ Khaled, whose full name is Khaled Mohamed Khaled, was born on 26 November 1975, in New Orleans, Louisiana USA. Like Nicole, DJ has Palestinian ancestry – he also claims to be a devout Muslim, but he once mentioned that ‘he could do better job at it’.

DJ Khaled is known for his ability to see talented people long before they achieve world-wide renown. He worked with such young talented young performers as Lil Wayne, Mavado and Birdman long before they became stars. When he decided to become a DJ, Khaled  moved to Miami in 1998; being co-host on radio, DJ Khaled changed his nicknames many times – he has been “Big Dog Pitbull”, “Mr. Miami”, and “Beat Novacane”, while earlier he had used the moniker “Arab Attack”, but he never used it after the September 11 terrorist attack.

A few years after moving to Miami, DJ Khaled became a music producer for such rap and hip-hop performers as Fat Joe, Terror Squad and Fabolous. 2006 was a very successful year for him, as he managed to produce two albums, “Listennn …The Album” and “We The Best” collaborating again with Lil Wayne and Fat Joe, and also featuring singles with Akon, Rick Ross and T.I. In 2009 DJ Khaled became the president of Def Jam South Recordings and also launched “We The Best Music Group” label. He now works with A-class stars such as Beyonce, Nicki Minaj and Jay Z.

When Nicole’s apparel business declined, she became DJ Khaled’s unofficial manager. The couple became engaged in a private moment, but no official marriage followed – the lovebirds exchanged rings, but soon a third ring appeared, when in 2013 DJ Khaled proposed to Nicki Minaj during an MTV News program. He sounded passionate and true: “I’m here at MTV because, this is a worldwide network, and the reason why I’m not telling you this face to face is I understand that you’re busy. I’ma be honest with you. I wanna marry you. I’m here today at MTV. Nicki Minaj, will you marry me?” DJ Khaled showed a 10 carat diamond ring live at MTV and it all looked real, so many people flooded Nicole Tuck’s Instagram account supporting her, and telling her that DJ Khaled had no right to treat her like that. In the end it all appeared to be a joke – DJ and Nicki wanted to support the buzz around their new single “I Wanna Be With You”. Nicki later said: ‘Please let it go. He was kidding. He’s not attracted to me, he doesn’t like me. We’re brother and sister.’ Nicole bravely overcame the situation, and they kept their relationship.

The first woman who gave birth to a child on Snapchat

It’s hard to believe, but the so-called “King of the Snapchat” made his “Queen” give birth to their first child live on Snapchat. Nicole’s life before having a baby was full of entertainment and clubbing. In the early ‘90s she even cut her hair short and dyed it blonde, adding black leopard spots on her haircut, but her life changed when her firstborn child came into the world. On 23 October 2016 Nicole Tuck and DJ Khaled welcomed their son, Asahd Tuck Khaled, which DJ announced to the world. Nicole was not against it, and later both parents shared some photos of their newborn on her Instagram account. DJ Khaled mentioned his dream to become “a family man” earlier to People Magazine: “I’ve always wanted kids… This is my first kid and I’m excited and I want more. I’ve always wanted to be a family man. I’m in a great family and I want to have my own family at the same time.”

When Nicole was pregnant, she accompanied DJ Khaled to such ceremonies as BET Awards in 2016, and later refused to stay home waiting for her husband, and followed DJ to BET Awards on 25 June 2017 with their son. Asahd Tuck Khaled wears only brand clothes and travels around the globe with his family. DJ Khaled confessed: “I want to spoil our kids and give them everything,” he says to People Magazine. “There’s no limit to the spoiling that I’m going to do. I’m going to spoil them to the minute they in my hands. I’m going all out.”

Though Nicole doesn’t own an apparel brand anymore, she is still close to people from the fashion industry, and was invited to long-time friend Patricia Field’s birthday party, and DJ took part in Patricia’s Miami Fashion Runway Show at the Wynwood Art Gallery in December 2018.

It’s hard to say anything about Nicole Tuck’s net worth not taking into account DJ Khaled’s possessions, since almost everything they possess, they own together. They are said to have a Bentley for $70,000, and also a Sunny Isles Beach in Florida that costs $6 million. Authoritative sources estimate that their (joint) net worth is at least $20 million, as of early 2019. 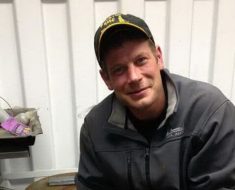 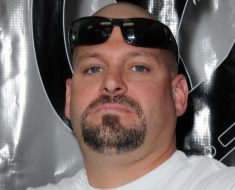 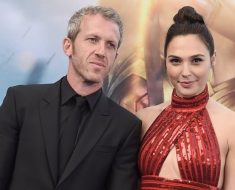 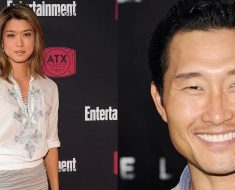 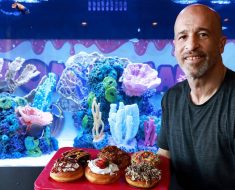