Who is Faith Schroder?

Faith Schroder is an American model, actress, and dancer, but perhaps best known for being the daughter of Ricky Schroder, the “NYPD Blue” and “Silver Spoons” actor. However, Faith has appeared in “Shake It Up”, a famous Disney Channel series as well as “Good Day L.A”.

Faith was born on 8 August 2001 in the USA under the Leo Zodiac, and is of American nationality and belongs to white ethnicity; her mother Andrea Bernard is also an actress and an entrepreneur. Faith’s parents divorced when she was just six years old in 2017 but remained good friends. She was raised by her mother alongside her sister, Cambrie Schroder and her brothers Holden Richard Schroder and Luke Schroder – her sister is the recruiter and the founder of Fit With Cambridge dance team. Faith attended Oaks Christian School for her primary education, and at the age of nine started modeling – her first gig was a shoot for Elle Italy.

Faith grew up in Topanga Canyon near the beach, with her celebrity parents, which really helped her shape her career, as together with her sister, they would take gorgeous photos of their surroundings in Los Angeles and post them online on their social media pages. However, Faith’s first official modeling outing came as an accident. There was a photo shoot taking place at her home when she was just nine years old, and as she was walking past the photo shoot venue, Faith managed to catch the eyes of those involved as well as the photographer. In the next five minutes, Faith was being photographed for “Elle Italy” officially.

Although this was a great start for such a young girl, Faith had more interest in acting and dancing at the time, as she had been trained as a dancer since she was four years old, and had even won the competition of the “Debbie Allen Annual Dance Battle” in 2014.

In 2013, Faith was invited to Bella Thorne’s birthday party to celebrate Thorne’s 16th birthday. During the event, she met with the “Shake It Up” producers, and expressed her interest in becoming an actress. This got the producers interested, and she was invited to an audition which she apparently aced, and was soon called back. Before long, she landed the role of Jordan in the “Switch It Up” episode. Her looks and magnificent performance opened more doors for her after this role.

That same year, Faith had roles in “Good Day L.A.” as herself, and also in “Home & Family”. She also became active on social media, particularly on Instagram where she gathered a multitude of followers. Faith rose to stardom in 2017 when she got back into modeling seriously, following in her sister’s footsteps, and eventually landed a modeling contract with Los Angeles Elite Model Management.

She also started modeling for Frankies Bikini that same year, expanding her popularity on Instagram too, and she was also crowned as the Frankies Girl of the Month that year. She continued with her successful career by becoming part of the “Growing Up Supermodel” cast, a television documentary series in which she starred beside her sister, mother as well as various celebrities such as Krista Allen, Kelly Le Brock and many others. This series’ first season premiered on 16 August 2017, and in response to the positive reaction from fans and viewers of this show, it was renewed for a second season. In the show, the drama and difficulties associated with Faith’s divorce were revealed. When Faith was interviewed later, she confessed that it was very hard for her to talk about personal details, offer a look into their private lives, and also deal with paparazzi who kept following her around with cameras.

In 2018, Faith continued with Frankies Bikinis and building a strong brand on Instagram. Faith’s fashion, lifestyle, and bikini photos have seen her attract over 225,000 followers. With her modeling career looking so successful, fashion experts have predicted that she is likely to earn the title of a supermodel very soon.

When it comes to her personal life, Faith is a very secretive person. and has kept it private and hidden from the media as much as possible given the previously mentioned TV series. According to the news available online, she is not dating anyone. She loves spending quality time with her sister while listening to her favorite songs such as “The Man” by Nav, “Humble and Kind”, sang by Tim McGraw, and “Angel” by The Weekend; her favorite musician is Justin Bieber. She is of straight orientation and has not been involved in any controversies. As of now, Faith seems to be focusing all her attention to her career, although when able she loves traveling to beautiful destinations.

Faith Schroder Net Worth and Assets

Faith earns a good amount from her acting and modeling career. Although she has not disclosed details of her actual earnings, most models in the US earn an average income of $30,000 annually with their earnings going up to $150,000. She has appeared in a number of TV series and movies and is also a successful model.

Talking about her assets, Faith owns a pink Chevrolet, a vintage that is estimated to have cost between $58,000 and $112,900. She also loves going to exotic destinations for vacations. Reputable sources estimate Faith Schroder’s net worth to be around $300,000. 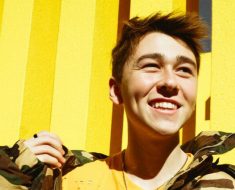 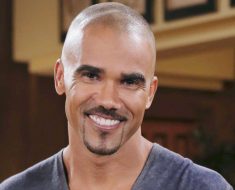 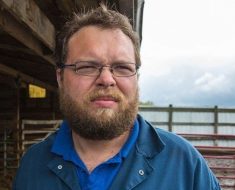 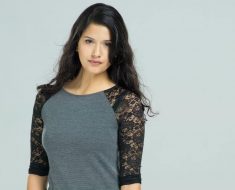 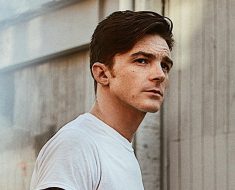 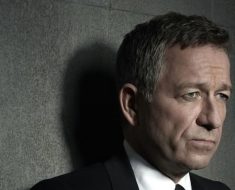