Who is Grace Chatto?

Graco Chatto is an English musician, who has risen to prominence as a member of the electronic dance band Clean Bandit, comprised also of brothers Luke and Jack Patterson. The band is known for their collaboration with such prominent musicians as Sean Paul, Zara Larsson, Elle Goulding and Demi Lovato, among others.

So, do you want to find out more about Grace Chatto, from her childhood years to most recent career endeavors, including her personal life as well? If yes, then stay with us for the length of the article, as we bring you closer to this successful musician.

Born Grace Elizabeth Chatto on the 10th December 1985 in London, England, she is the daughter of Ricky Chatto and his wife Ruth. Her father is also a musician, and family ties led them to form a band of their own, named Massive Violins, comprised of several other musicians who all play cello and sing. She went to The Latymer School and Westminster School, after which she enrolled at the Royal Academy of Music, and Jesus College at the University of Cambridge. While at Cambridge, Grace met Luke and Jack Patterson.

As early as 2008, Clean Bandit was officially formed; in addition to Grace and the Patterson brothers, the band featured Neil Amin-Smith and Ssegawa-Ssekintu Kiwanuka, who left in 2016 and 2010 respectively. They started working on their own music, but it wasn’t until 2012 that they released their first original material, the debut single entitled “A+E” which reached No. 100 on the UK Singles Chart. Followed by “Mozart’s House” in March 2013, the band was becoming more popular as the single reached No. 43 on the chart.

It was early 2014 when the band felt the first ray of success, teaming-up with singer Jess Glynne to record and release the song “Rather Be”, which topped the UK Singles Chart, and achieved multiple platinum status in the UK, Australia and Canada as well. They continued their rise to prominence in the next few years, first with their debut full-length album “New Eyes”, which peaked at No. 3 on the UK Chart, and achieved gold status in the UK and USA as well. Grace and the rest of the band collaborated again with Glynne, this time on the song “Real Love”, which can also be found on the album “New Eyes”. In 2016, Grace and the band became a sensation with the song “Rockabye”, which is a collaboration with Sean Paul and Anne-Marie. Following the release of the song, numerous magazines fought for an interview with Grace, as the song topped the charts in the UK, Australia, Germany, Ireland, New Zealand and Switzerland, while it reached into top 10 on the US Billboard Hot 100 Chart as it peaked at No. 9.

Continual Success and Other Projects

Grace and the band continued quite successfully, despite the change in the line-up since Amin-Smith left the group. They worked with Zara Larsson on the song “Symphony”, then with Demi Lovato on the song “Solo” – both songs topping the UK Singles chart and achieving platinum status in the UK – and most recently with Ellie Goulding on the song “Mama”.

In addition to her work with Clean Bandit, Grace is also a part of the group Massive Violins, next to her father, and have released two studio albums – “24/7” in 2014, and “The Christmas Album” (2015).

Since launching her career, Grace has become one of the most renowned musicians of the present day, which has significantly increased her wealth. So, have you ever wondered how rich Grace Chatto is, as of early 2019? According to authoritative sources, it has been estimated that Chatto’s net worth is as high as $10 million, which is quite impressive, don’t you agree? Undoubtedly, her wealth will increase in the upcoming years, assuming that she successfully continues her career.

What do you know about the personal life of this blonde beauty? Well, Grace was in a relationship with Jack Patterson, her bandmate, from 2008 to 2016. The two haven’t said why they split, but you can feel their breakup in the new songs they’ve written. Since 2016, Grace has remained single, and fully-focused on her music career.

Do you know how tall Grace Chatto is, and how much she weighs? Well, Grace stands at 5ft 6ins, which is equal to 1.68m, while she weighs approximately 121lbs or 55kgs. Unfortunately, her exact vital statistics are unknown for now, though it is apparent that she has a slim figure. Her hair is blonde and she has green eyes. 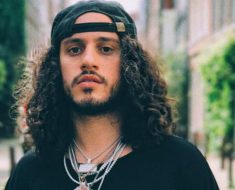 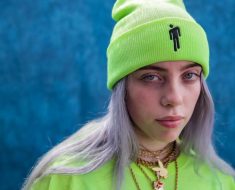 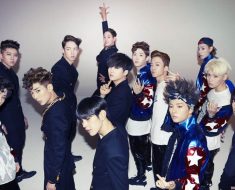 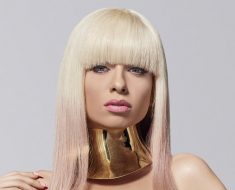 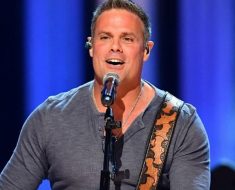