Jeff Dunham is one of the most praised ventriloquists and comedians there is in the entertainment scene at the present. However, he wasn’t alone on his way to fame, as he had a dedicated woman behind him, who supported him in his every venture; that woman’s name is Paige Brown Dunham.  So the answer is yes, Paige is Jeff’s now ex-wife.

Paige Brown was born on the 13th March 1968, in Savannah, Georgia USA, and is a film producer, businesswoman, and advocate for divorced women, but came to prominence as the wife of Jeff Dunham. She stood behind his enterprises, but his career put a strain on their romance, which eventually resulted in divorce in 2008.

So, do you want to find out more about Paige, from her childhood to most recent career endeavors, and her personal life as well? If yes, then stay with us as we are about to bring you closer to this successful businesswoman, and film producer, Paige Dunham.

Although born in Georgia, she and her parents moved to Amelia Island, Florida, where she spent the majority of her childhood, and spent hours dancing in the family-owned dance studio. After a few years, her family made another move, this time to West Palm Beach, also Florida, where she finished high school. After matriculation, Paige enrolled at Clemson University, South Carolina, where she majored in business.

Relationship with Jeff Dunham and Career

Before Paige met Jeff she had already been married and given birth to a daughter, Bree Aleece, but hasn’t revealed the name of her first husband. Nevertheless, she and Jeff met just before Bree’s birth and soon started a romantic relationship. Just three months later, Jeff proposed and the two became engaged, with their wedding ceremony held on the 13th August 1994; Jeff adopted her first child. Paige gave birth to their first child, Ashlyn Dunham on the 11th September 1995, while their second daughter, Kenna Dunham, was born in 1997. As their relationship progressed, Paige decided to focus on raising their children, but also helped Jeff in his career. The two would work on Jeff’s comedy routine, and also started a database for his online fan club. Furthermore, she would manage and create Jeff Dunham merchandise, and launched an online store. The two founded Brasma Publications in 1999, through which they published “Dear Walter…” in 2003, which is a collection of questions from the public towards one of Jeff’s dummies, Walter.

In 2006, the two started a philanthropic foundation, named after them, and would donate a $1 from sold tickets to Jeff’s live shows, to the people in need. One of their largest donations was to the Hurricane Katrina Relief, for $35,000. Unfortunately, in the next two years their relationship started falling apart, and in 2008, Jeff and Paige filed counter divorce applications. After a long process, their marriage was over in 2012.

Since the divorce, Paige has held onto the philanthropic foundation, and continued to support numerous charities, with a primary focus on children.

In addition to her philanthropic activities, Paige has tried herself as a film producer, and has been credited as executive producer on two films, “The Face of Love” in 2013, and “Last Days in the Desert” in 2015. She is also an advocate for divorced women. Most recently, she faced the lawsuit filed by Jeff’s current wife Audrey, for using her name for digital marketing, since Paige has held on to Dunham enterprises but started domain names “AudreyDunham.com etc… which is the name of Jeff’s wife.

Although she worked behind the scenes on Jeff’s projects, she has earned a decent amount of money for her endeavors, and once their marriage ended, she launched her own career, which also contributes to her wealth. So, have you ever wondered how rich Paige Dunham is, as of late 2018? According to authoritative sources, it has been estimated that Paige Dunham’s net worth is as high as $20 million. Pretty impressive don’t you think?

Although Jeff has taken all the glory for their joint ventures, Paige has also become popular on social media platforms, especially Twitter, on which she has shared her own ideas, opinions, but also her recent career endeavors. She has only around 1,500 followers on her official Twitter account, which is still decent, but nothing in comparison to her husband’s millions of loyal fans. You can find on her on Instagram as well, where she often shares pictures with her new partner, Kevin O’ Neal.

Now that we have shared all there is to know about Paige, let’s share some information about Jeff.

Born Jeffrey Dunham on the 18th April 1962, in Dallas, Texas USA, he is a ventriloquist and stand-up comedian, who came to prominence for his black comedy aired through various dummies, such as Ahmed the Dead Terrorist, Walter, Bubba J, and others, who all represent controversial personalities, such as a Muslim terrorist, American war veteran, and a southern drunkard, among many other characters he has created during his career. Jeff has become one of the most renowned comedians, and his net worth is estimated at a staggering $120 million, as of late 2018. He has been married to Audrey since 2012, with whom he has twin sons, James Jeffrey and Jack Steven, born in October 2015. 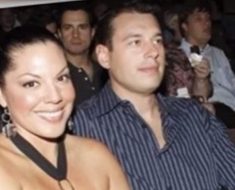 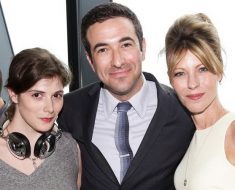 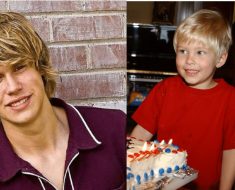 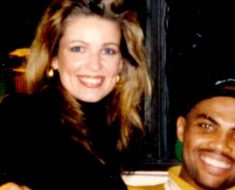 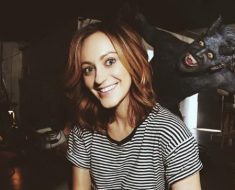 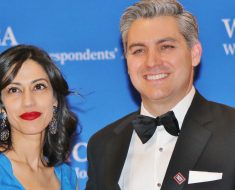