Who is James Roday?

Born as James David Rodriguez on the 4th of April 1976, James Roday is an American actor, screenwriter and director, who became famous for his role in the television series “Psych.” He is also known as the director of the movie “Gravy.”

Roday was born in San Antonio, Texas, and is the son of Irene and Jaime “Jim” Rodriguez. He is of mixed ancestry as his father came from Mexican descent while his mother has English, Irish and Scottish blood. His father was a retired US Air Force Master Sergeant, who subsequently worked as the regional catering manager of Taco Cabana.

Roday attended Taft High School in San Antonio, after which he decided to invest in his passion for acting, and attended New York University’s Experimental Theatre Wing, where he studied theatre, and graduated with a degree in fine arts. He decided to change his last name from Rodriguez to his screen name, as there was already a “James Rodriguez” registered in the Screen Actors Guild.

Roday’s career started in theatre right after college; some of the productions he starred in include “Severity’s Mistress”, “Three Sisters”, and “A Respectable Wedding.” He also became the lead in “Sexual Perversity in Chicago” as well as in “Extinction.” Early on in his career, he also showed his directing prowess when he wrote and directed the one-act “Sustenance.” His early years as a theatre actor and director certainly helped establish his career, as well as his net worth.

In 1999, Roday made his way onto the big screen when he debuted in the film “Coming Soon”, starring alongside Ryan Reynolds and Ashton Kutcher. That same year, he also debuted on television, appearing in the series “Ryan Caulfield: Year One.” He soon gained more acting projects, including “Providence” and “Showtime” and “Rolling Kansas” in 2002, and “The Dukes of Hazzard” in 2005. His years working in front of the camera also tremendously helped in increasing his wealth.

In 2006, after years of acting Roday finally received his big break when he became part of the series “Psych,” cast as the lead character, Shawn Spencer, a crime consultant for the Santa Barbara Police Department who became known for solving crimes using his “psychic abilities.” In truth, he just uses exceptional observational skills and eidetic memory to solve his cases. On its premier, “Psych” became the highest-rated scripted series premier on basic cable, and eventually a huge hit on the USA Network, that spanned eight seasons ending in 2014. The success of the show helped catapult Roday’s career to new heights, and also immensely increased his wealth.

Today, Roday is still working as an actor, and is currently starring in the series “A Million Little Things.”

James Roday as a Writer and Director

Aside from being a noted actor, Roday is also a talented writer and director. He was one of the writers of the horror film “Skinwalkers” and was also part of the team that worked on the script of the video-game-turned-film “Driver.”

Roday also occasionally wrote and directed for “Psych”, and wrote for the pilot of “Shoot The Moon.” In 2015, he starred in, co-wrote and directed his first movie entitled “Gravy.” He also directed a few episodes of “Rosewood”, “Blood Drive”, and “The Resident.” His work as a writer and director also helped in increasing his net worth.

Roday is the co-founder and co-Artistic Director of Red Dog Squadron, a non-profit theatre company in Los Angeles that he created with Brad Raider, his friend who he met during their time at New York University. Some of the stage productions they helped create include “Henry V”, “Chickens and Assholes”, “Grand Delusion”, “Greedy”, “Artificial Fellow Traveler”, and “Cal in Camo.”

In 2012, Roday fronted the Red Dog Squadron’s purchase of the El Centro Theatre in Los Angeles during its renovation stage, and alongside Black Theatre artistic director Matt Shakman, and reopened it under the new name, “Circle Theatre.”

The success of Red Dog Squadron also helped in raising James’ net worth.

As of 2018 and based on authoritative sources, Roday’s net worth is reported to be over $6 million, acquired from his years working in the entertainment industry as an actor – which now encompass more than 30 roles – plus over 10 as director and/or writer.

In terms of his personal life, Roday is currently single, and there are no reports of him dating anyone at present.  In 2006, Roday made headlines when it was reported that he was dating “Psych” co-star, Maggie Lawson – the two apparently enjoyed a long and loving relationship, but broke up in 2014, since when James seems to have remained unattached. 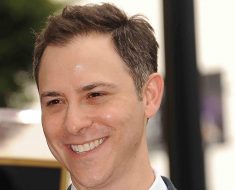 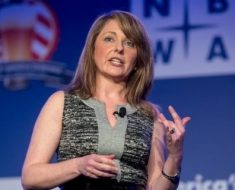 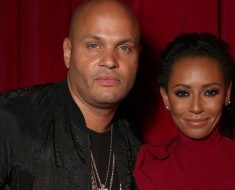 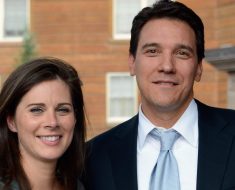