Who is Joshua Snyder?

Joshua Snyder is an American actor who is best known through his appearances in various motion pictures, including the 2005 romantic drama “Shopgirl”, as well as in television series such as “CSI: NY”, “General Hospital: Night Shift” and the “Blackout”. In addition, he is widely recognized for being the spouse of a colleague, American actress Angela Kinsey who is best known for portraying the recurring role of Angela Martin in the NBC’s hit television series “The Office”.

Joshua Snyder was born under the zodiac sign of Scorpio on the 11th November 1977, in Kansas, USA, and apart from being of American nationality, he is also of white ethnicity. Alongside his two sisters, Jori and Josi, Joshua was raised by their mother Lynne in Colorado, where he also completed his secondary education by matriculating from Northglenn High School. He subsequently enrolled at the University of Colorado, Boulder. However, information whether he graduated or not hasn’t been publically disclosed to the present day.

Joshua made his debut on-camera acting engagement in 2005 when he briefly appeared as Trey Bryan in the romantic drama movie entitled “Shopgirl”, starring alongside Steve Martin, Jason Schwartzman and Claire Danes in the leading roles. In the course of the next couple of years, Snyder honed his acting skills through a series of supporting roles in a variety of motion pictures, plus the TV series “One Three Hill” and “Huff” to name a few. To a greater prominence Joshua Snyder came in 2008 when he was cast for the recurring role of Ryan McCormick in the ABC Daytime’s spin-off series of the “General Hospital” entitled “General Hospital: Night Shift”. This engagement was followed by the leading role in the 2008 family comedy movie “Short Track” as well as with a streak of small screen appearances in TV series such as  “CSI: NY”, “Without a Trace” and the “Freckle and Bean”.

Prior to being cast for the role of Grady in the TV mini series “Blackout” in 2012, Joshua Snyder had also appeared in the TV movie “Blue-Eyed Butcher”. Since then he had several more acting engagements, such as appearing in the 2013 comedy movie “Miss Dial” (2013), the TV drama movie “Guilt by Association” in 2015, as well as in TV series such as the “Days of Our Lives” and “Criminal Minds: Beyond Borders” in 2017. In addition, Snyder had also displayed his voice acting skills by reviving several characters in the adventure mystery video game “Murdered: Soul Suspect” in 2014.

Curious about Joshua Snyder’s private life and his marital status, aren’t you? Well, Joshua is a married man – in August 2016 Joshua gbecame engaged to his long-term girlfriend and colleague, an actress renowned for appearing in the “The Office” TV series, Angela Kinsey. Shortly afterwards, the couple tie the knot in an intimate wedding ceremony on the 13th November  in the Santa Monica Mountains National Recreation Area in Topanga, California, in front of 130 guests.

However, this isn’t Angela’s first marriage – between 2000 and 2010 she was married to American producer and writer Warren Lieberstein, with whom she has a daughter named Isabel Ruby Lieberstein, born in 2008; the couple divorced in June 2010 due to “irreconcilable differences”. There isn’t much available information about Joshua’s love life and his romantic connections before Angela, except that from one of his previous affairs he has two sons named Jack and Cade.

Joshua and Angela and their three kids alongside two dogs and two cats, together apparently make one big happy family, currently residing in Los Angeles, California.

In 2016 Joshua launched the YouTube channel – Baking With Josh & Ange – on which he began uploading cooking videos. Joshua’s love for baking dates back to his early age, when his grandmother taught him the ways of the kitchen, which somehow became a necessity in the late 2000s when he was a single dad on a budget, raising two kids. However, nowadays Joshua’s channel counts nearly 70,000 subscribers, and contains displays of various video baking recipes, often enriched with celebrity guests. You can also follow his baking skills through the official website:  https://www.bakingwithjoshandange.com/.

Joshua’s baking skills have been presented to a wider audience in 2017, when he made guest appearances in the Hallmark Channel’s morning talk show “Home and Family” as well as in the Food Networks’ cooking-talk show “The Kitchen”.

Have you ever wondered how much wealth this American actor has accumulated so far? How rich Joshua Snyder is? According to sources, it is estimated that the total of Joshua Snyder’s net worth, as of late 2018, revolves around the sum of $2 million, acquired through his on-camera professional acting career as well as through his YouTube channel which is estimated to bring in around $50,000 annually.

With a height of 6ft 1in (1.85 m) and sporting a toned figure, 41-year-old Joshua Snyder is regarded as quite a handsome man. He is regularly active on several popular social media networks including Twitter and Instagram where his official account @joshuasnyder has amassed more than 90,000 followers to this day. 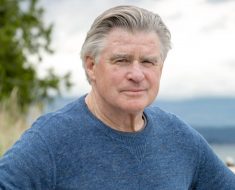 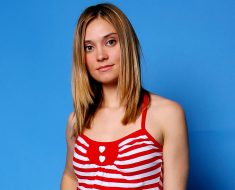 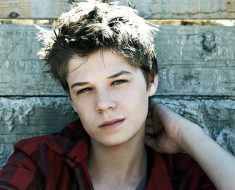 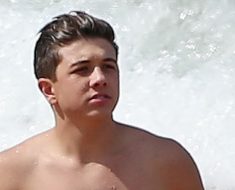 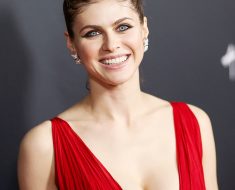 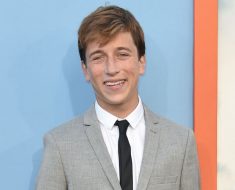