Since the “Son of Guns” reality television series on the Discovery Channel had its last breath on 27 August 2014, its fans have been itching to know what has been happening with Kris Ford and his wife, Stephanie Hayden. Events following the pulling of the plug on the television series for Kris and Stephanie really took a bad turn, as shortly after her father William Hayden’s arrest and sentence to life imprisonment, in November 2014 they were also arrested, charged with juvenile maltreatment, with Kris found guilty of child abuse and Stephanie guilty of being an accomplice.

Although Kris’s adventure as a celebrity was short-lived, its impact on his career is long lasting, and this is why fans are curious about what could be happening to him and his wife. We managed to dig out some interesting information about them after the turn of events for the Red Jacket Firearms LLC company, and what they are up to at the moment. We have news about their renewed career, and a few products which Stephanie says its motto is “a tactical line for those unafraid to express themselves.” We present you behind the news information on Kris and Stephanie Ford, and their new-found pet project which is brewing right now and will be made public in their renewed efforts to make a comeback in grand style!

Who is Kris Ford?

Kris is an American actor and holds an American nationality. He is a reality television character who appeared in the reality television series “Son of Guns” on the Discovery Channel, featuring alongside his wife and others. He was mentored by William Hayden, who offered him an apprenticeship position at Red Jacket Firearms LLC, where he built his skills in gun making.

He was born 8 November 1982 to Gary Ford a store owner of ‘Ford’s Firearms’, so Kris lived his life around guns, although his training in gun making was from William Hayden at Red Jacket Firearms LLC; it’s from his childhood that he was involved with guns as a business.

Kris was raised with his siblings, but he later met Stephanie Hayden with whom he became cordial friends, and which culminated in marriage in 2011. His encounter with Stephanie introduced him to her father, who taught him how to build guns, and subsequently to star in the reality television series the “Sons of Guns” at Red Jacket Firearms. His marriage to Stephanie produced two children.

His career started with taking care of the floor and running errands for William Hayden at Red Jacket Firearms LLC, before he became an apprentice to learn the firearms trade. In 2011 he had his break as he was given a role in the reality TV series the “Sons of Guns”, featuring workers  from Red Jacket Firearms LLC. The show is a Discovery Channel show, in which he was the production manager. Kris took part in five seasons of the reality television between 2011 and 2014. While his rise to the limelight was in the “Sons of Guns” reality TV, he also took small roles in other shows including ‘American Chopper.’

The end of “Sons of Guns” marked a significant turning point in his career, and the period following was a trying period for him. Kris withdrew and lived quietly, working in his family business called Ford’s Firearms, where he focused on keeping the company afloat, and working on the side with Stephanie Hayden to dust off some ideas and kick-start new ventures.

In an interview with Ammoland shooting sports news, Stephanie Hayden and Kris Ford, let out the cat from the bag and gave an update regarding what they have been up to lately. Their new venture is a new business plan for IAC Wargames: Airsoft Range and Event Facility that target family-style fun. The focus of the new business will be to market products and organize training classes for new firearms owners.

Kris and Stephanie are fast overcoming the setback with RJF. and want to focus their energies on starting something entirely new, hoping to get the necessary support to prove that they can do it again after the mess they have been through as a family.

Who is Stephanie Hayden?

She is William Hayden’s daughter and was made a business partner by her father who trained her on firearms at a very early age, apparently from the age of five! Thus, she is not only amn able business administrator, but also a gun personality with her favorite gun being the RJF-built, the suppressed AK-47.

Stephanie is not the typical type of woman, and her hobbies includes rock climbing, horse riding, writing, and photography. She also has the love of her life, Kris Ford, with whom she does so many things, including being his accomplice in child abuse and so facing the wrath of the law.

What to expect from Kris Ford and Stephanie Hayden

In her words, Stephanie said, “we have been blessed to be on a really great ride through the years with a hit show, and have always tried to use any of our publicity to give back to veterans, disabled children and victims of abuse.”

What is Kris Net Worth?

Kris Ford’s net worth isn’t far-fetched; he had a very short stay in the limelight which was actually his first significant career at RJF reality television series with Discovery Channel. Therefore, he is estimated by authoritative sources to be worth $500,000 in early-2019. 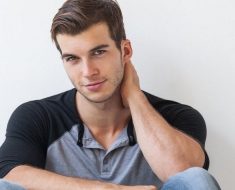 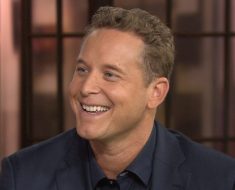 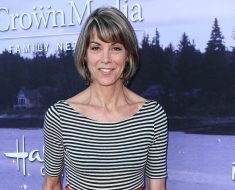 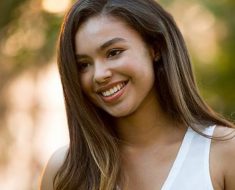 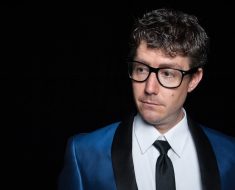 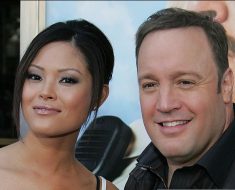