Who is Mariah Lynn?

Her birth name is Mariahlynn Araujo, and she was born on 17 July 1990 in Newark, New Jersey, USA, of Italian-American ethnicity, and is an American rapper, songwriter and she has appeared in a few reality TV shows. She also sometimes does modeling, apparently as a hobby.

Her mother is Tasha Jacoby Araujo and her father’s name is Raphael Araujo. She has two younger sisters named Victoria and Icelynn, and a younger brother called Danny Araujo. She hasn’t got any kids so far.

Mariah had a rather tough childhood; apparently she wasn’t loved by her family and that was the main reason she always got into trouble, and was often in foster homes, moving from one to another. One of her first jobs was in a local strip club as a stripper, and that was the main source of her income. After becoming a rapper, a really good one, her life turned around for the better, and she finally sorted herself out. She likes to visit night clubs and party hard with her friends. She mostly posts pictures of herself on her Instagram profile which has around 1.2 million followers.

Even though she had a very hard childhood, Mariah was a born artist. She was an amazing rapper since she was a little girl, but it wasn’t  rap that made her famous at the start – her big breakthrough was when she starred in the sixth season of the reality show called “Love & Hip-Hop: New York,” aired on VH1. The show was a hit in US, and so she rose to fame. The plot focused on her having affairs with rappers from the show, James and Safaree. Things with James were going well until she uncovered a secret that he kept from her, that he had a crush on a cast member he worked with.

After the show ended, she turned to rapping, and with her popularity gained from the show, she had a good chance of becoming a popular rapper. Her first song was called “Once upon a time” and it was an absolute hit. She worked with New York’s best DJ, DJ Self who promoted the hit single. He offered her a deal but Mariah declined it.

She doesn’t post a lot about her love life and she likes to keep it a secret, but the media always finds a way to bring the information to the surface. She had a pretty turbulent love life. Her relationships usually didn’t last long and ended abruptly. She was never married, and she doesn’t plan to get married anytime soon. She was caught up in a love triangle with her boyfriend Rico and another guy called Cisco. She said that she had dated Rico for three years before meeting Cisco, but Rico denied all the things she said, and even said that he had never even dated her. All of this drama made Mariah very popular and there were a lot of people talking about this. Even to this day nobody knows what really happened in this love triangle.

Mariah is already a popular singer and reality star, earning a rising income each year. According to authoritative sources, her net worth is over $300,000 as of early 2019, but that number will surely be going up as her popularity grows. Her modeling jobs also play a role in her earnings.

Mariah is a modern girl who dresses quite fashionably. She shows off her body and likes to wear luxurious dresses, make-up, and wigs because she likes to experiment with her hair. Since she is a model, she knows what is popular at the moment and how to dress herself for every kind of occasion. She is a natural blonde, has blue eyes and blond eyebrows, and is 5ft 4ins (1.62 m) tall.

She defended DJ Self when Nicki Minaj said that he talked a lot of negative things about Mariah on his radio station. In an Instagram post on Mariah’s profile, she said: “What type of h** are you? Crazy how you disrespecting a man who has helped many people advance and elevate their career but I can’t think of one single person you have? Well Self don’t even got to say that I’m always on Go for him!” The drama ended quite quickly, and nobody added more fuel the fire. 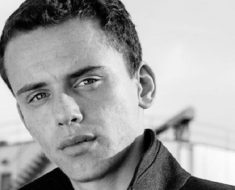 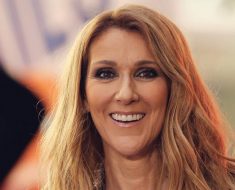 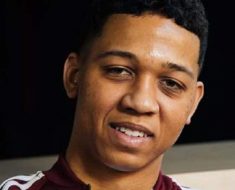 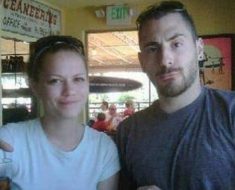 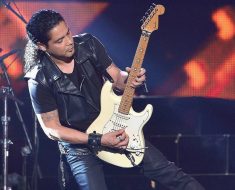