Who is Marshall Coben?

Marshall Coben was born in the United States of America, and is a producer, actor, as well as a television executive, although perhaps best known for being the husband of actress Jane Leeves. His wife is a model, singer, dancer and producer, best known from being a part of the sitcom “Frasier” as the character Daphne Moon.

The Net Worth of Marshall Coben

How rich is Marshall Coben? As of late-2018, sources estimate a net worth that is over $3 million, earned through a successful career in the entertainment industry. His wealth has also likely been elevated through the success of his wife who has an estimated net worth at $53 million. As he continues his career, it is expected that his wealth will also continue to increase.

Very little information is available about Marshall’s childhood, his education, and his life before he met Jane Leeves; even his date and place of birth are unknown. He aspired to be an actor like his future wife, and one of his first opportunities in the entertainment industry was as a post-production assistant. He worked on a show called “Father Dowling Mysteries” a series featuring the titular Catholic priest who solves various crimes in his Chicago parish, based on the characters created by author Ralph McInerny in a series of novels, but the show never adapted his actual storylines.

While he has tried a few minor acting roles, he has mainly stayed in the background and worked behind the scenes as he flourished in that capacity. He was out of the spotlight for many years, only then making headlines in 2013 when he appeared as interviewee in the documentary  “Signal Hill Speed Run”, which covered the world’s first skateboard race. The event has since become an annual event with thousands of spectators, viewers and television crews covering the race.

Jane is best known for her work as Daphne Moon who would become one of the main characters central to several storylines of the sitcom “Frasier”; she was nominated for Emmy and Golden Globe Awards for her role. She started her career in British television, appearing in small roles in shows such as “The Meaning of Life” and “The Benny Hill Show”. She then transitioned to a career in the US, first appearing in the short lived sitcom entitled “Throb”.

She gained recognition for other roles while working on “Frasier”, including “Murphy Brown”, “James and the Giant Peach”, “The Event”, and “Miracle on 34th Street”. Later in her career, she became known for playing the 40-something ex-eyebrow artist to the stars Joy Scroggs, in the comedy show “Hot in Cleveland” alongside Valerie Bertinelli. She’s also had roles in popular shows and films, including a guest starring role in “Desperate Housewives’, guest vocals in “The Penguins of Madagascar”, and the Broadway musical “Cabaret”. She is an active supporter for the LGBT community and has appeared in an ad for the NOH8 Campaign.

There has been little information released publicly on how Leeves and Coben met, although the first, isolated time was a blind date, but it is known that they started their relationship in the 1990s during her rise in the entertainment industry. They married in 1996, and during this time, he was already working as an executive. During her pregnancy of their first child, the events were written into a “Frasier” plot as the character having a weight gain problem.

The cast of “Frasier” remain as close friends of the family, with Peri Gilpin even present in the delivery room when their first daughter was born. The family resides in Los Angeles, California and lives next door to Gilpin. In 2003, they had another child whose godfathers are actors John Mahoney and David Hyde Pierce.

Despite the fame of his wife, Coben has managed to keep himself out of the spotlight. Jane mentioned that she wanted to have a career in dance, particularly ballet, but that stopped due to an ankle injury.

While details of Marshall’s life remain shrouded in mystery, it has been confirmed that he continues to work as an executive for CBS Studios; the production company was formed in a merger of CBS Productions and Paramount Television. The company has three arms which are distribution, international distribution, and production. Eventually, the company removed the Paramount name and started focusing on the creation of numerous popular shows. including “Three Rivers”, “Melrose Place”, and “90210”. They have had collaborative deals with other networks around the world for distribution and the shows they produce are either aired on CW or CBS. They recently opened a new animation division called CBS Eye Animation Productions which is producing the series “Star Trek: Lower Decks”.

Coben also produced the short film “Simpler Times”, which follows a widowed man in his golden years. One of the reasons there is very little information about Marshall is because he doesn’t have any online presence, such as accounts on major social media websites, limiting the available information about him. His wife on the other hand is very active online, as is normal for actresses, and on which she promotes some of her recent work and projects. She is also known to collaborate a lot with CBS due to her husband. She continues to make regular television appearances, and is also an advocate for equal rights. 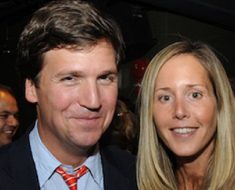 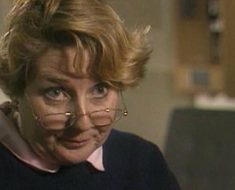 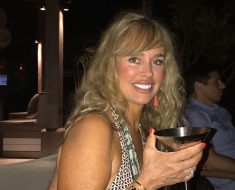 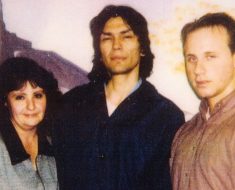 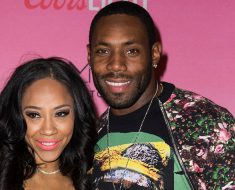 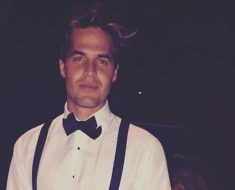