Who is Nancy Cordes?

Nancy Cordes (née Weiner) was born on the 10th August 1970 in Los Angeles, California, USA, and is a journalist, probably best recognized for working as a Washington DC-based congressional correspondent for the CBS News network, as well as a regular contributor to many of its programs.

Would you like to know more about Nancy Cordes’ professional career and family life? How rich is she, as of now? If you are interested, stay tuned and find out.

Concerning her early life, Nancy Cordes spent her childhood in Hawaii, where she was raised on the islands of Oahu and Kauai by her father, whose name is unknown to the media, and her mother, Linda Weiner, who worked as a pediatrician. Other information about her early life and siblings has not been revealed to the public.

Right after graduation, Nancy started pursuing her career in the field of journalism, and it officially began in 1995 when she was hired to work as a reporter for the KHNL-TV network, affiliated with NBC and based in Honolulu, Hawaii. She worked there for two years, marking the establishment of her net worth.

In 1999, she decided to move to the US mainland, to join the ABC-affiliated television station WJLA-TV in Washington, DC to work as a reporter. During her stint there, she distinguished herself as a professional and ambitious journalist, as she covered such stories as the attack on the Pentagon on the 11th September, the DC-area sniper attacks, the 2000 Presidential elections, as well as peacekeeping efforts in Bosnia, which led her to gain enough knowledge and experience and so increase considerably her net worth.

Rise to Fame and ABC News

In 2003 came Nancy’s breakthrough in the news industry, as she was hired to work as a Washington-based correspondent for the NewsOne channel, a news service affiliated to ABC News. After a year, she was promoted to the position of an ABC News correspondent based in New York, reporting for all ABC News programs, and covering such stories as the war in Iraq, the 2004 Presidential elections, Hurricane Katrina, among many others. She has also appeared in such programs as “World News With Charles Gibson”, “Nightline” and “Good Morning America”, increasing further her fortune.

In 2007, Nancy decided to join the CBS News network, and started by working as a transportation and consumer safety correspondent. Later she was promoted and currently works as a regular contributor to all its programs, including “CBS This Morning”, “Face The Nation” and “The Early Show” among many others. She also serves as the chief congressional correspondent for CBS News, adding a considerable amount to her net worth, and increasing her popularity enormously.

Thanks to her accomplishments, Nancy won the News and Documentary Emmy Award for Outstanding Live Coverage in 2018.

Her career started in 1995 and she has been an active member in the news industry ever since. So, if you ever wondered how rich Nancy Cordes is, it has been estimated by authoritative sources that the total size of her net worth is over $2 million, accumulated through her successful career in the field of journalism. Her annual salary is reputed to be over $750,000, so the former figure would seem very likely to continue rising.

To talk about her personal life, Nancy Cordes started dating Harald Cordes in 2003, and the couple eventually tied the knot in 2006after three years of dating,. She gave birth to their first child, a daughter named Lila, in 2008, and two years later they welcomed their second child, a son named Noah. The family’s current residence is in Washington, DC.

Speaking about her appearance, Nancy is considered one of the most beautiful female journalists, with long dark brown hair and dark brown colored eyes. She stands at a height of 5ft 6ins (1.68m) and her weight is reputed to be around 153lbs (69kgs), while her vital statistics are 39-28-39.

In addition to her career as a television personality and journalist, Nancy Cordes is an active member across many of the most popular social media sites, which she uses not only to promote her upcoming projects, but also to share various other contents. She has an official Twitter account on which she has more than 24,000 followers. Moreover, she also has her own Facebook page. 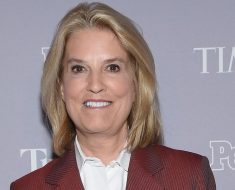 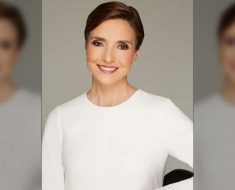 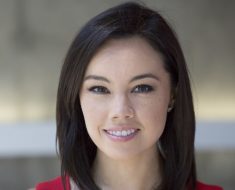 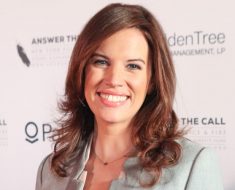 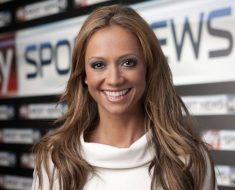 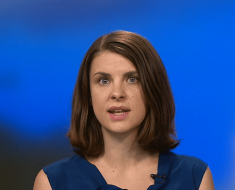