Who is Sonya Cassidy?

Sonya Cassidy was born in the UK on 6 April 1987, so under the zodiac sign of Aries and holding British nationality. She is known for her acting career, particularly for her role of Clara in the BBC drama series “The Paradise”.

There is not much known about Sonya’s early life or her parents as she doesn’t talk about them – however, she did mention in an interview that her parents are always supportive, are the ones to be credited for her interest in acting, and that her father worked as a fire fighter in the West Country while her mother is from Scotland – she doesn’t mention any siblings which makes people believe that she is an only child. As a kid, Sonya was never the one to dance and sing – she was the quiet one, but was always fascinated by people and loved to watch them and see what made them tick. Sonya attended the Royal Academy of Dramatic Arts, having become interested in both stage and screen work.

Sonya made her first TV screen appearance in the “Doctors” TV series in 2009, having appeared in a couple of theatre productions before that, including “Inherit the Wind”, “The Prince of Homburg” and “The Lion in Winter” – it seems that people are more likely to recognize her from the theatre stage rather than from the screen.

Sonya’s first role which helped her gain recognition was as Clara in “The Paradise” TV costume drama series in 2012, which is based on a novel written by Emile Zola – it ran for two seasons before producers decided not to go for the third season as the show had lower figures compared to other dramas.

From 2012 to 2014, Sonya played another role for which she is famous, as Celine Ashworth in the “Vera” crime drama series– the show has nine seasons and is still being filmed today. In 2015, she landed another lead role, this time playing the Oracle in the “Olympus” fantasy TV series, but which only had one season.

Sonya is still very active today in 2019, as she was cast in the lead roles in two TV series in 2018, and is still shooting for both of them –“The Woman in White” BBC TV adaptation of the novel of the same name written by Wilkie Collins in which Sonya appears alongside Jessie Buckley and Ben Hardy, and in the “Lodge 49” comedy drama TV series, about local ex-surfer Dud who is drifting through life after he lost his father, and his family business collapsed.

Sonya doesn’t share anything about her personal life with the public, so there is nothing known about her love life. She has a husband on screen, but is apparently still single in real life – she hasn’t been married and doesn’t have any kids.

She’s been a practitioner of Tae Kwon Do for years and has a black belt. Although a lot of people think that she is a big fan of mystery novels because of the roles she plays, she admitted that she didn’t like mystery genre before she started acting in it. Another thing which separates Sonya from today’s modern society is that she doesn’t like technology that much, and doesn’t use it unless she has to – she uses social media rarely, and only because of her work – she prefers to send written letters when she is away, and recommends everyone to stop staring at their mobile ‘phones and spend more time actually living and paying attention to the things around us. Conversely, she loves reading, she claims to have a big pile of books right beside her bed. She is also a volunteer for Amnesty International.

Sonya is currently 31 years old, has medium length brown hair, brown eyes, is 5ft 10ins (1.75m) tall, weighs around 148lbs (67kg) and has an athletic hourglass-shaped body – her vital statistics are unknown, and she doesn’t have tattoos.

Authoritative sources indicate that Sonya’s net worth is estimated to be close to a $1 million, which seems sure to rise as Sonya is currently very busy and working hard.

Sonya is seldom active on media platforms –her Twitter account was launched in March 2015 and has so far gathered around 3,300 followers and she’s tweeted nearly 2,000 times. Her Instagram name is “ms_filmmaker”, while her description says ‘Pulling the focus behind the scenes, celebrating women in TV & film. Run by Sonya Cassidy. Actress. Picture gatherer.’ – she has a round number of 1,000 followers and 72 posts. There are numerous fan pages of Sonya on Instagram and Facebook, but none of these are popular.

‘I don’t have much tech in my life (that I’ve direct control of). In fact by modern standards I’m practically Victorian. My phone use is minimal, I’m not on FB, rarely tweet, I don’t own a laptop and I now write letters to friends and family when I’m away. Instead of email. And postcards. Of course. Who doesn’t love one of those?’ 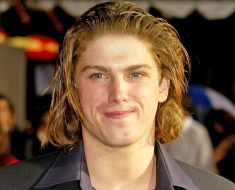 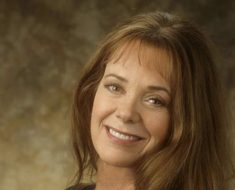