Who is Van Lathan?

Van Lathan is a senior producer and journalist for the tabloid news TMZ, who became well-known after his altercation with the famous rapper Kanye West, who gave some very controversial opinions about slavery. The 38-year-old reporter living in Los Angeles became a public figure after facing up and responding to Kanye West’s comments during an interview with TMZ Live. Lots of people supported his statements, and this even had an impact on the rapper’s following tweets, when he tried to justify himself.

Born on 16 April 1980, in Baton Rouge, Louisiana USA, Van Lathan was raised the younger brother of Ebony Rage Lathan, and son of Terry and Christal Ellis. He is currently living in Los Angeles, but very little is known about his private life, including whether he is single or married. Just some pics of his family circle can be found through his personal Instagram, such as a beautiful dedication for his sister’s 40th birthday. As regards his education, he graduated in 2003 but from where and studying what is not revealed.

He began his career as a Hollywood tour guide for a TMZ bus, where he stood out for giving passengers spicy details about celebrities in the hottest spots in Los Angeles. In addition, Van is a content creator and host of the “The Red Pill” podcast, on which he discusses a variety of topics ranging from politics and sports, to pop culture and hip hop. The title of the show refers to the red pill in the movie “The Matrix”, whose effect is to awaken harsh reality.

One of his personal known triumphs, thanks to the posts on his social networks, was his weight loss. According to some sources, it was around 140kg, and now he maintains it at 85kg, a suitable weight for his height of 6ft 4ins. Making use of the humor that characterizes his mood, his posts motivate followers to be fit and follow a healthy lifestyle.

With more than 330,000 followers on Instagram and 115,000 on his personal Twitter account, his fans keep commenting positively on the stories. While focusing on his work and professional tasks, he makes clear his principles and beliefs in all posts related to politics and sports, defending African-American rights, and reporting serious headlines such as domestic violence among athletes. His Instagram and Twitter accounts are filled with several pictures, phrases and videos that represent who he is and his way of thinking. After facing Kanye, he has received a lot of support in the networks, but has also shown how to respect and respond to the grievances of those who did not agree with him.

On 1 May this year, Kanye West attended the TMZ headquarters to be interviewed by Harvey Lewin and Charles Latibeaudiere. He started talking about his support of Trump, and declared on camera that living under slavery, after 400 years, was a “choice” made by the African-Americans. Following he asked the TMZ – “Do you feel like I’m thinking free and feeling free?” After several offensive comments on slavery, Van Lathan decided to put up his strong response and stood up to the rapper by saying “I actually don’t think you’re thinking anything.” He continued, “I think what you’re doing right now is actually the absence of thought. And the reason why I feel like that is because, Kanye, you’re entitled to your opinion. You’re entitled to believe whatever you want.” While finishing the confrontation, West walked over to Lathan saying that he was sorry he “hurt” him, but Lathan answered: “Bro, you’ve got to be responsible. Your voice is too big.”

Kany West seems mired in controversy over the past few weeks, due to his confession about opiate addiction after being diagnosed with “mental condition” because of stress and his unfortunate comments. In an attempt to justify himself after TMZ’s show, his tweet went “Of course I know that slaves did not get shackled and put on a boat by free will. My point is for us to have stayed in that position even though the numbers were on our side means that we were mentally enslaved.”

Van was asked how he felt about Kanye after the interview. His answer was “Right now, I feel like listening or supporting his music would make me complicit in some of the things that are going on right now. I know the music is gonna be fire, every time he drops it’s a cultural moment, it’s an event. Everyone that wants to enjoy it, they should. I can’t be one of them.” After Van Lathan’s exposed his thoughts to Kanye West, he stated that he was disturbed and disappointed in him, especially because he admires West’s career. He ended it up by saying “I feel sad, I lost a hero”. 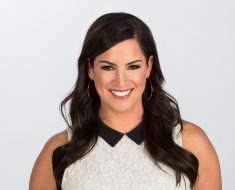 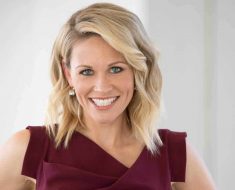 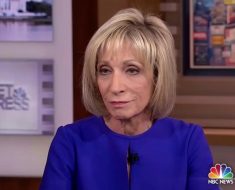 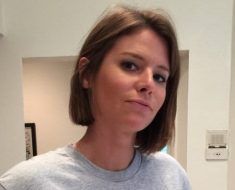 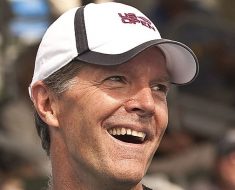 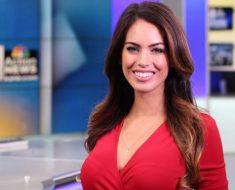